Massada has a special place in the Dutch music scene.
In the 70’s founder Johnny Manuhutu laid the foundation for the band that mainly consists of Moluccan musicians. 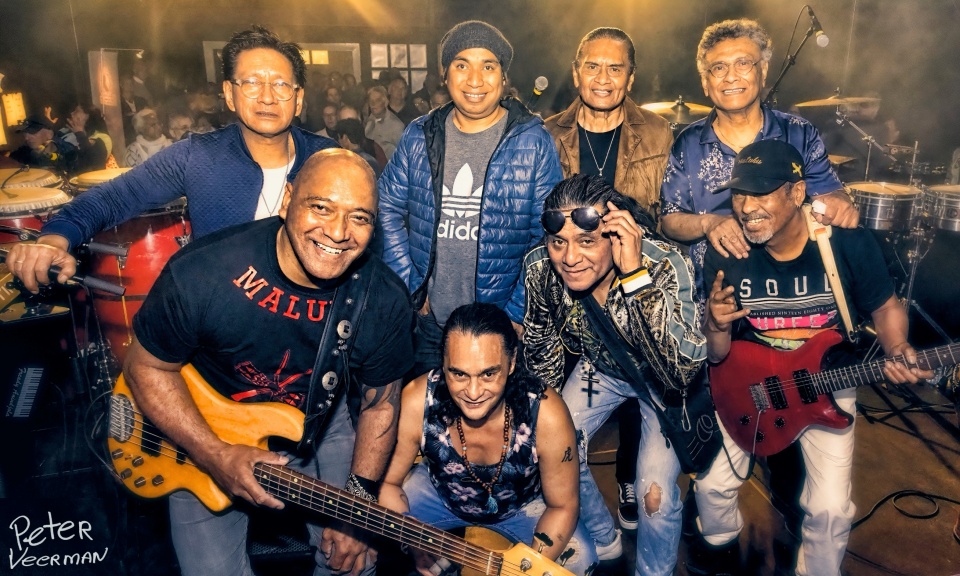 Massada was for a substantial part responsible for the introduction of a whole new sound in the Netherlands.
Massada was pioneer/trendsetter and majoring in the use of extensive percussion instruments within a band or group and their
musical style was largely imitated by bands from the Netherlands.

Percussionist Nippy Noya was amongst others part of the famous percussionists line-up that was putted forward by Massada in the course of the years.

Through their spectaculair performances on e.g. Pinkpop and the laudatory reviews in parts of Europe and Asia (a.o. Int. Java Jazz festival) the band lived up to their reputation.
The group themself qualify their music as Lation Rock/Percussion.

Massada only plays from their very own repertoire:
Quote at the presentation of the Conamus Silver Harp – an important and very prestigious award in the Netherlands for young creative musicians – writes in the jury report:

What they present is not a copy of foreign predecessors but the music is based on the Moluccan motherculture and a mix of Western musical instruments, technique, South-American rhytms and eastern temperament.

(Source: Algemeen Dagblad)
Very special is the nr. 1 hit Sajang E, composed by Johnny Manuhutu and guitarist Rudy de Queljoe.
Sajang E is the only Moluccan/Indonesian tinted song that has ever entered the hitparades in the Netherlands and also in Germany and Belgium.

This site uses cookies. If you continue to use this site we assume that you are okay with it. Info →